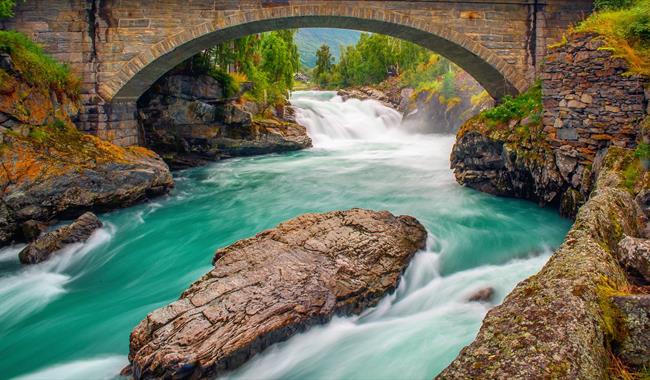 The waterfall divides the center of Lom in two and is part of the protected river Bøvra that has its origin from the Bøverbreen, which is one of three glaciers on Smørstabbreen (Bøverbreen, Leirbreen, Sandelvbreen). Smørstabbreen is the largest glacier in Jotunheimen and is around 14 km².

The river Bøvra drains large parts of Jotunheimen, and some parts of Breheimen. This is also a typical flood river, where the variations in water volume can range from 1 m3 to 300 m3 per second. Bøvra is also considered to be one of the most mud-flooding rivers in Norway, because of all the sludge and sediment caused by the glaciers.

The zipline:
Prestfosstraversen (zipline) was established in 2009, and has become a popular activity for not only young people, but older as well. The zipline runs over the mighty Prestfossen in the middle of Fossbergom, right under the Ulstad bridge. Contact the activity provider, Aktiv i Lom for more information. 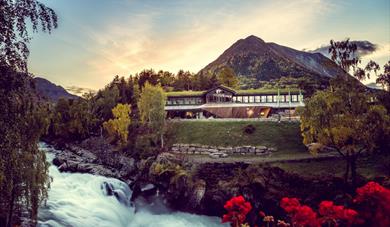 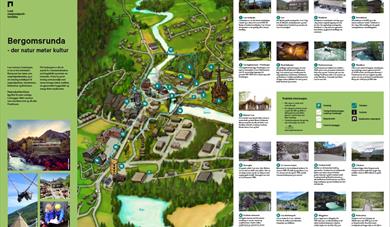 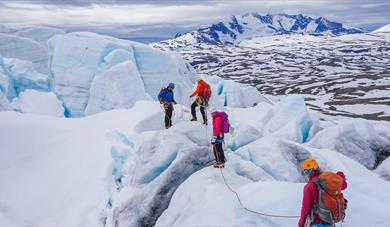 Aktiv i Lom | Activities and guiding in Lom and Jotunheimen, LomAktiv i Lom is an activity and guide company that is based in Lom in Jotunheimen. The company runs Galdhøpiggen High Rope-course and offers guided tours at the glaciers and peaks in Jotunheimen, as well as cave walking in the Dumdalen caves. 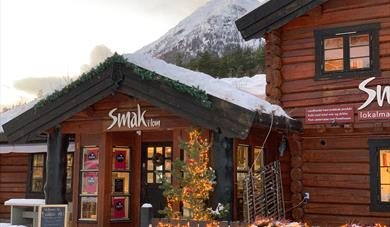 Smak i Lom | Café, LomEnjoy your coffee and local traditional waffle in the middle of Lom National Park Village. 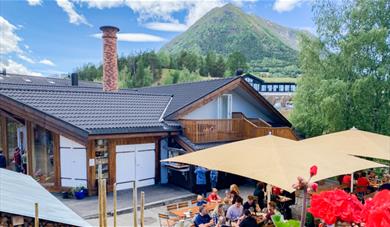 The Bakery in Lom | Café, LomLom Bakery is probably Norway's best bakery - situated in the National Park Village of Lom. Master baker Morten Schakenda makes all his breads using only natural ingredients and wood-fired ovens. You can buy freshly baked baguettes, cinnamon twists and rustic loaves by the score, but there are also… 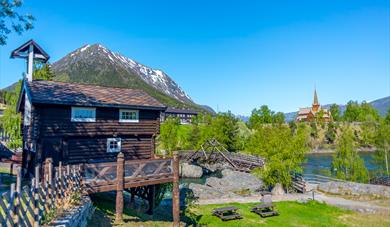